Best things to do in Baltimore with kids – Maryland USA 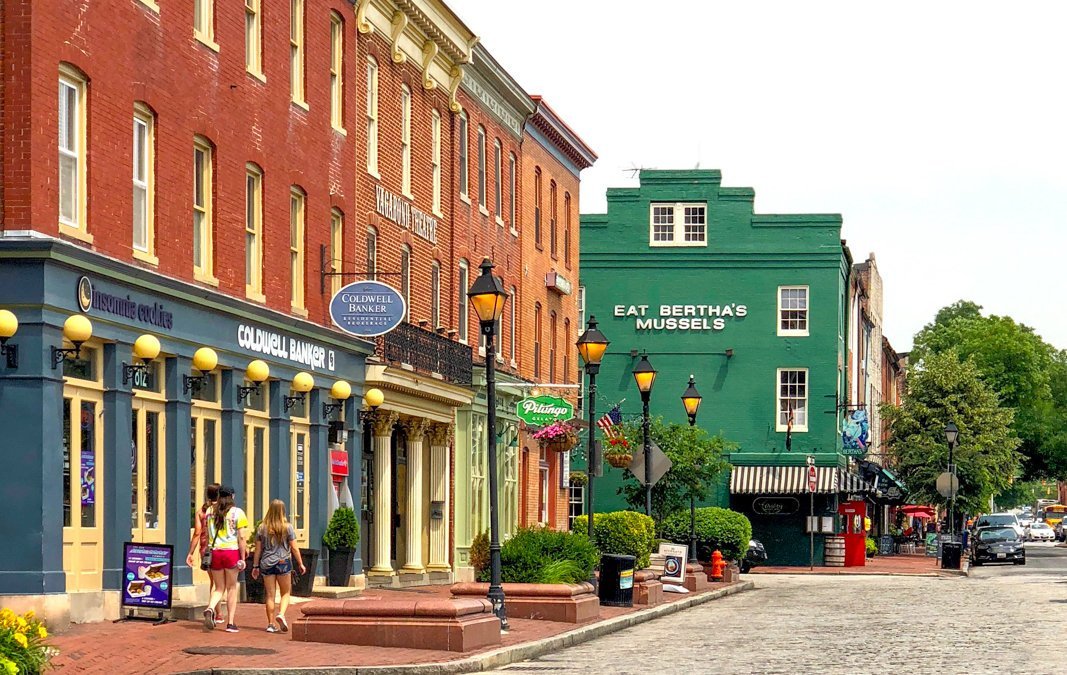 Things to do in Baltimore with kids

When you’re trying to decide what things to do in Baltimore with kids, the best person to ask is a local parent. Lucky for you, Alison Netzer from Five Family Adventurers has shared with us her favourite 15 family activities in Baltimore, Maryland, USA.

Baltimore, Maryland was recently named one of the top U.S. cities to visit in 2018 by Forbes Magazine and The New York Times, while the UK’s Evening Standard declared it the COOLEST city on the East Coast.

Baltimore is quickly becoming a must-see destination and there are a number of reasons why. It holds an important place in the history and development of the United States. The city not only held off the British in the war of 1812, but also was once the second most-used port of entry for immigration at the turn of the 20thcentury.

Baltimore also has a rich maritime and industrial past that can be seen in museums and food, like famous Maryland crab doused with Chesapeake Bay spices.

There are so many wonderful things for kids to do in Baltimore, as well as for the adults. The city’s neighborhoods are rich in history and distinctive, and Baltimore’s manageable size (and prices) lends itself well to family vacations.

Consistently ranked one of the top three aquariums in the USA, the National Aquarium is a great kids activity in Baltimore. The aquarium dedicates itself to marine life and conservation and is the largest tourist attraction in Maryland. Visitors will be delighted to see over 20,000 marine species and various habitat attractions. The best times to visit are weekdays or before 11 AM or after 3 PM on weekends and holidays.

After a visit to the Aquarium, take time to visit the historic ships in the harbor right next to the National Aquarium. Visit a World War II submarine, a lightship, and a Coast Guard ship. Kids will love the USS Constellation, launched in 1797, as they imagine chasing pirates in the West Indies.

A visit to the science museum lets you explore everything from dinosaurs to germs, a planetarium, and even local life of a Maryland Blue Crab (we are quite proud of our local crustacean). It offers an Imax movie theater, hands-on exhibits, and many live science demonstrations. On a nice day, you can eat outside on the waterfront and watch the many boats sail by. There’s an Imax for overheated kids to cool down in front of a giant screen.

I would recommend this for kids aged 8 years and younger. The museum has a wonderful array of exhibits where kids can climb, touch, and even pretend they are serving food in a 50’s style diner. When you enter, you will find a large climbing area with a massive slide right in the middle of the museum. The kids will stay happy, and you’ll end up being the one who decides when it’s time to go.

If you are lucky to be in town during an Orioles game, head over to Camden Yards and take in one of Baltimore’s best. This is the stadium that started the retro-ballpark craze. It’s built around the B&O warehouse, which was the longest building in the US when it was built. There’s not a bad sight line in the whole park. If it’s a day game, consider a terrace box for the shade, or the third base line, which gets shade earlier than the first base line. Tickets are affordable (Yankee fans find it cheaper to take the train and stay a night than good seats at Yankee Stadium). Get’s some pit beef sandwiches (Baltimore’s signature sandwich) at Boog’s, by the Eutaw entrance. Camden Yards is conveniently located downtown within walking distance from most downtown neighborhoods. Fans are fun and you may even get an autograph from the Oriole bird, also known as “The Bird.”

Baltimore’s Maryland Zoo is a kid-friendly and logistically easy day out.  Visitors need a car/taxi/Uber/Lyft to get to the Zoo, as it is not walkable from downtown Baltimore. Kids enjoy the nooks and crannies of the zoo, including oversized bird nests for climbing, lily pads to jump across, tree slides, a bat cave, and even a petting zoo area. There is also a small merry-go-round for younger kids. And, yes, polar bears, giraffes, and elephants, too.

Baltimore is home to some truly noteworthy museums.

The Museum of Industry

Inside the museum, visitors have the opportunity to discover Baltimore’s industrial heritage; oyster canning, printing and even a mock early 1900’s pharmacy featuring the Noxema product created and produced in Baltimore. There are interactive game designing exhibits for kids, and for young kids, there is hands-on craft making, stories, and tours. Did you know that most of GM’s AC Delco radios were made in Baltimore? You will after your visit.

The B&O (Baltimore and Ohio) Museum

A visit to the B&O (Baltimore and Ohio) museum will bring you to one of the largest collections of locomotives and train equipment in the world.  It is the birthplace of American railroading and was one of the first places to have a passenger station. The Baltimore and Ohio railroad played a pivotal role in the rise of the US as an industrial player.

Throughout the museum, there are plenty of kid zones for them to play and many trains they can run in and out of. Kids will love exploring the different locomotives and running around the rotunda. You can even go on a mile long ride, on one of the working trains. So for kids who have never taken a train ride, here is their chance.

The museum is dedicated to the African-American experience in the development of Baltimore’s maritime past. It outlines the important and unique role African-Americans played 150 years ago in the maritime commerce of the city that typically goes unreported.

One of the great draws to this museum is that it is free. Yes–free. The other is the Cone Collection. Claribel and Etta Cone were Baltimore sisters who moved to Paris and hung out with Gertrude Stein, Picasso, and Henri Matisse. They amassed an enormous collection of blue-chip art, including oils by Gaugin, Cezanne, and Van Gogh, and then bequeathed the collection to the BMA. The floor displaying the work includes a mock-up of their Paris apartment. This is one of the worlds’ best collections of Post-Impressionist and early Modernist art.

If you happen to visit on a Sunday, you can take advantage of a free art workshop for kids (all materials are included). The museum is a cab or car ride from downtown. It’s also next door to the main Johns Hopkins campus if you’d like to take a look.

This is the private collection of a father-son team and reflects their highly idiosyncratic tastes. You’ll love the superb collection of Baroque art, including the masters of the Italian and Spanish Baroque. Your kids will love the armor collection (one of the biggest in the country) and the curio collection of strange artifacts from nature. It’s in the middle of Mount Vernon, so you can combine it with a walking tour of this beautiful neighborhood, and lunch in one of its many spots.

Best places to eat in Baltimore with kids

Maryland is known for its Maryland Blue Crabs. If you are going to be in Baltimore, during the summer and early fall, then you must take your family for a traditional crab feast. They are prepared whole, steamed and heavily seasoned with Chesapeake Bay seasoning which varies from place to place. Most restaurants will provide instructions on how to eat them. Kids will love eating with their hands and getting messy. The two places to try while in Baltimore are LP Steamers a local favorite with a great roof deck, but otherwise non-descript. Bo Brooks, although it has tons of tourists, locals still go and it has the best view of the harbor.

During the day, take a trip to the Union Collective, a massive warehouse of distinct places created by the Union Beer Company. You will have to take a Taxi/Uber/Lyft or drive, but you will be happy you did. You can start your visit by checking out the new Union Beer Garden, trying the local craft beer. Kids are welcome up until 6 pm. After trying some different brews, walk over to the Charmery for locally made ice-cream. Try out a cup of Joe (coffee) at Vent Roasters while watching your kids rock climb at Earth Treks, a large indoor fitness and climbing facility.

Finally finish up by getting the sandwich that is unique to Baltimore, pit beef. Chaps offer the best of the pit beef sandwiches in the area. Guy Fiere, Man vs. Food, and Anthony Bourdain are just some of the famous people who have and can attest to this place being one of the best.  Make sure to get it with onions and horseradish dressing on top. Kids may like it just plain.

Take a look at the top ways we plan meals when we travel.

I have been an avid traveler since a young child, exploring the world by myself and now with my family. I am a mom, wife, and owner of a “big boned” Labrador. I work but tend to find myself daydreaming of traveling all the time. This is why I blog about family travel, so I can share my experiences and try to keep my travel daydreaming at bay. I love to learn about new cultures, food and now try to bring that information to others in order to encourage them to embrace what the world has to offer. Life is short! Fill it with family travel and adventures you will not regret it. It is a wonderful time.  Oh, we are also baseball obsessed, not sure how that snuck into our lives. Follow Alison at Five Family Adventurers website, Instagram and Facebook. 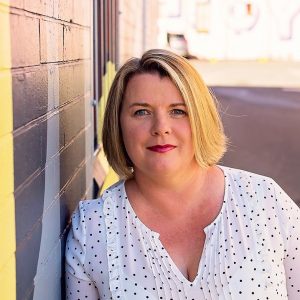 I help parents overcome the challenges of international travel with kids, so they can plan, pack and go more easily and without the overwhelm.
LEARN MORE 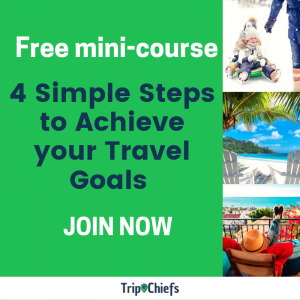